As an agile and skilled technologist, I focus on innovation and exploration to help organizations discover their potential and grow their market share. With over 10 years of mobile development and 25 years of software engineering experience, I am poised to help a vibrant and evolving company pioneer and deliver new and exciting user-centered iOS apps.

AccuTerra™ is a unique, recreation-centric mapping product with data from every national park, national forest, and BLM office in the country conflated into a single homogeneous product. The result is an unparalleled mapping product for recreation and rural use, including a collection of over 260,000 miles of trails as well as other pertinent outdoor data encompassing 392 different land ownership classifications representing 3,017 land management agencies, over 1 million points of interest, as well as detailed hydrography and terrain modeling.

In addition to the AccuTerra Map product, NeoTreks offers SDKs that application developers are able to use and embed its maps within websites and mobile apps (both iOS and Android).

iOS SDK Implementations Examples: Created the iOS SDK stand-alone example projects (in both SwiftUI and UIKit) and screen shots to include in the documentation. This involved the deconstructing of the SDK functionality into smaller segments for developers to quickly gain an understanding of how the SDK works.

iOS SDK Documentation: Created the iOS SDK documentation explaining how to use the iOS SDK (in both UIKit and SwiftUI) with step-by-step instructions for iOS developers.

iOS Demonstration Application: Implemented parts of the User Inferface (including the tab view controller and some of the trail detail view) that demonstrates the capabilities of the AccuTerra SDK on iOS devices using the Swift language. 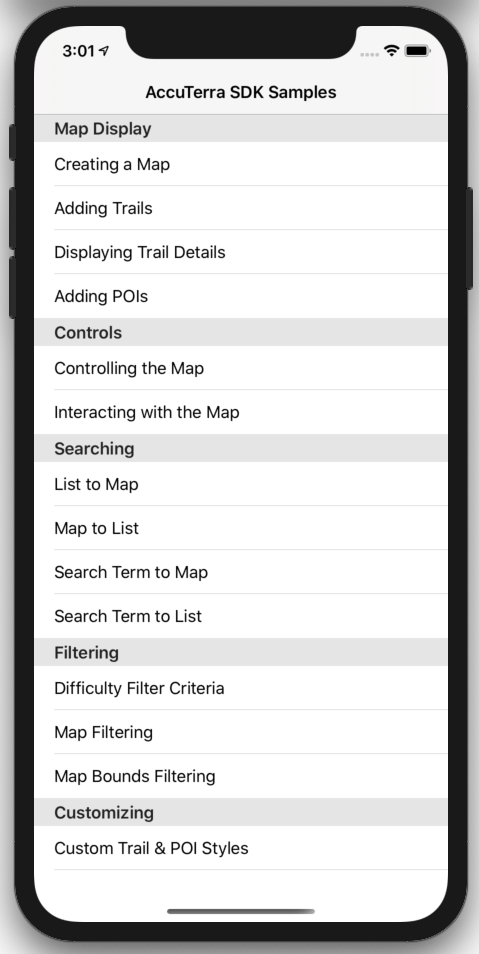 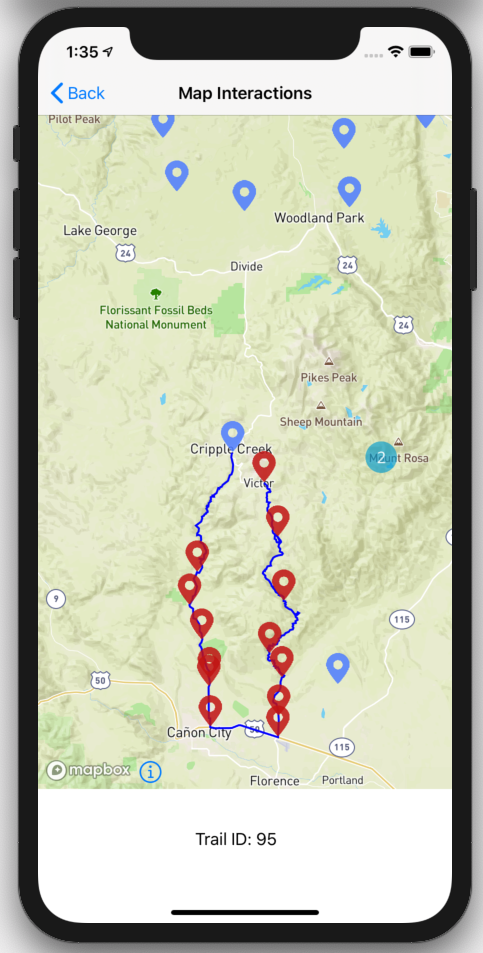 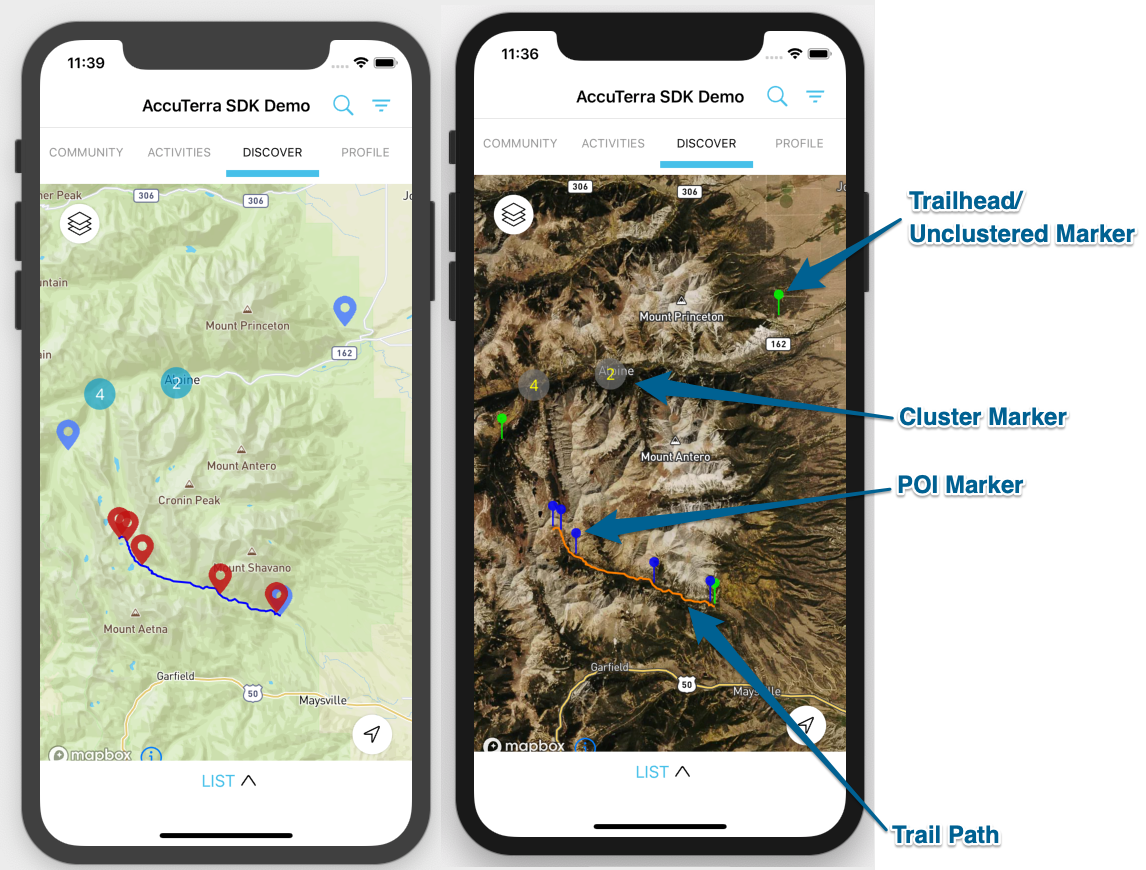 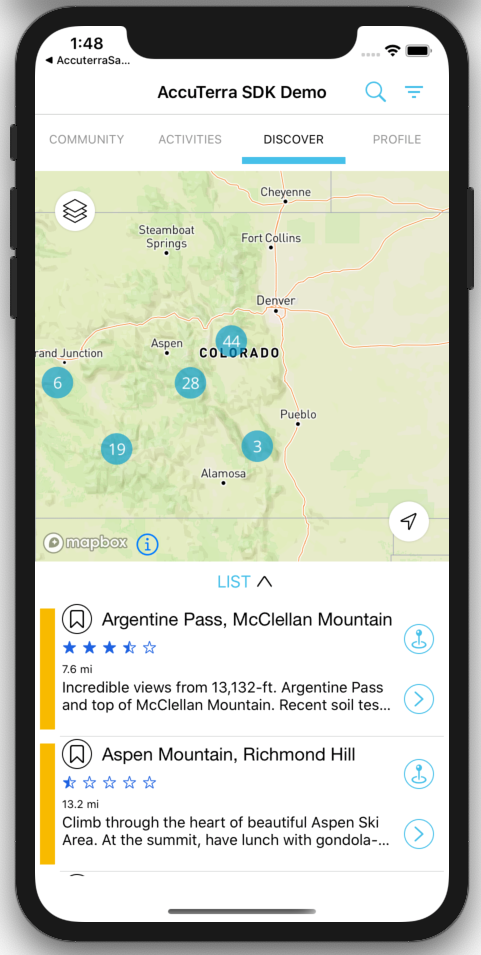 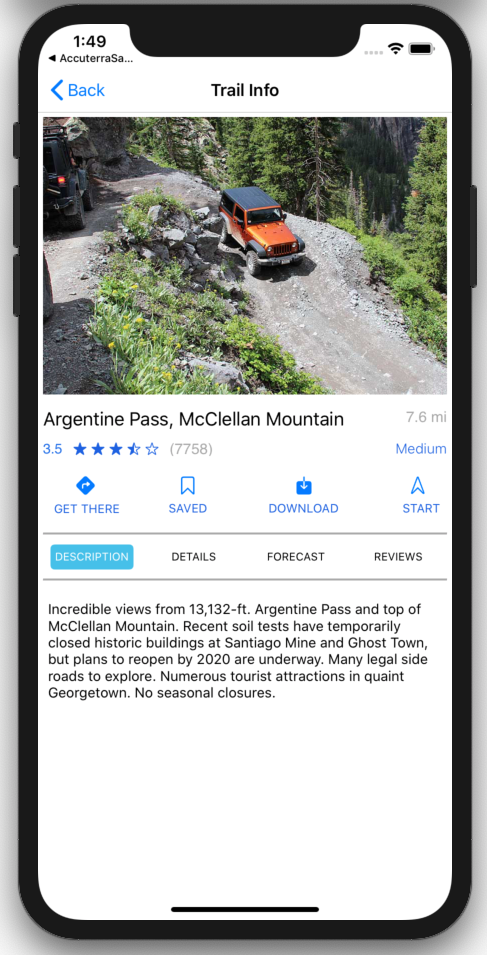 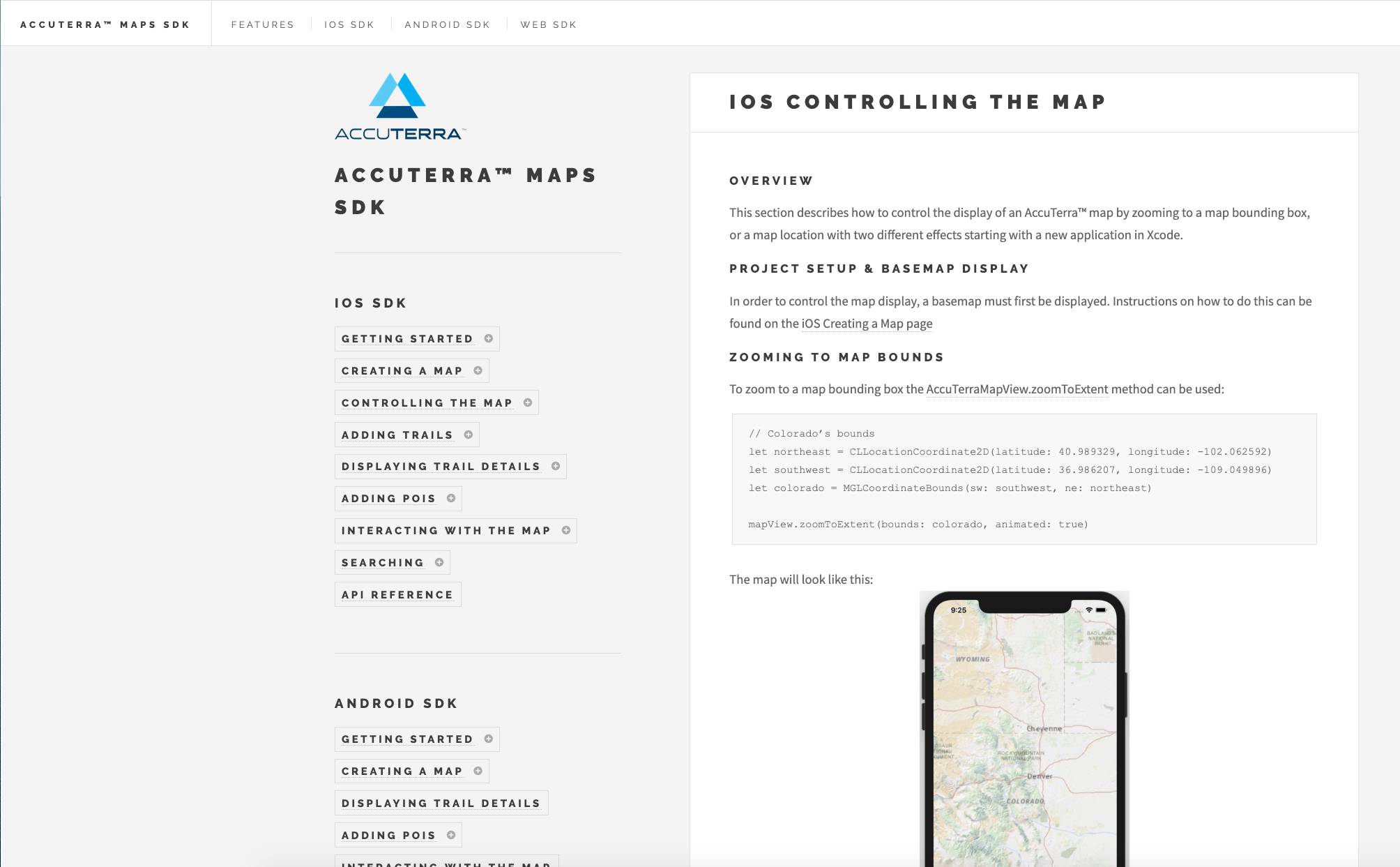 The Wyoming Department of Transportation 511 app provides road condition information and web cam images for the roads of Wyoming. The app also has a Hands Free Eyes Free feature that alerts drivers with audio regarding upcoming conditions and incidents.

Collaborated with the Product Owner and Project Manager to ensure timely completion of enhancements and maintenance activities for the 511 iOS (Objective-C) and Android (Java) apps. 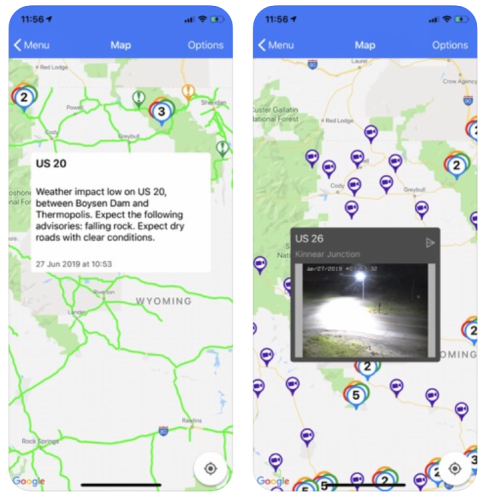 The American Battlefield Trust preserves America’s hallowed battlegrounds and educates the public about what happened there and why it matters.

Provide enhancements and upgrades to 19 existing iOS and Android applications. The applications support online and offline capabilities through the use of HTML content and WebView display.

The iOS version is written in Objective-C. Content is primarily in HTML web pages and the use of WebViews

Sample of some of the ABT Mobile Applications 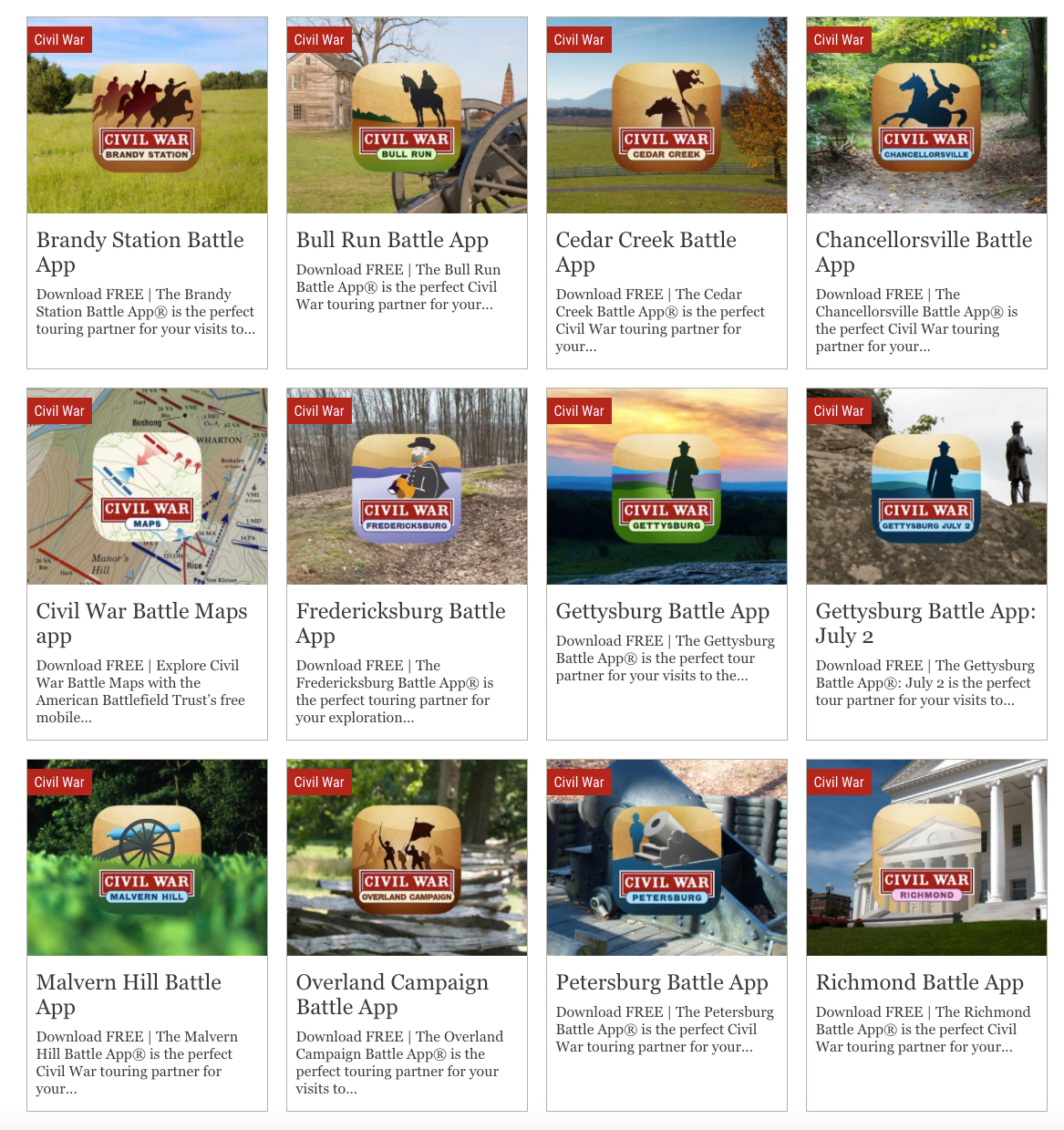 Provide enhancements and upgrades to the iOS app and contribute to the iOS Development team along with 2 other remote developers. Participate in the BaseMap Agile development process. 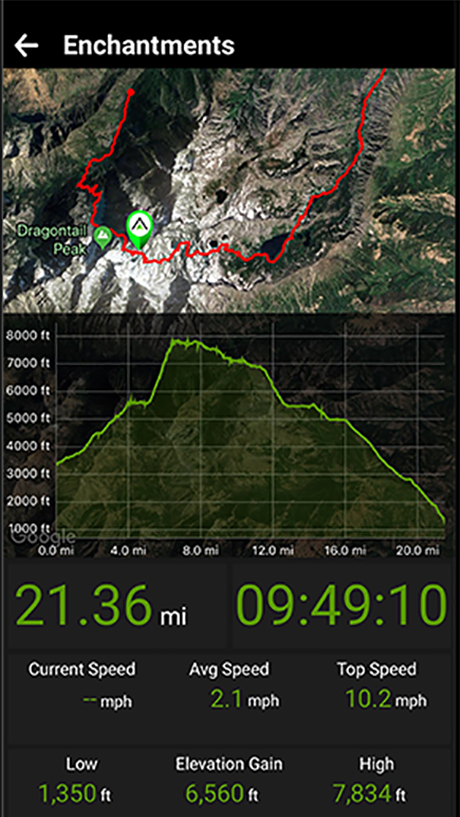 USA Cycling is the national governing body for the sport of cycling in the United States and oversees the disciplines of road, track, mountain bike, cyclocross, and BMX. With a mission to develop the sport of cycling in the United States at all levels and to achieve sustained international racing success, USA Cycling supports cyclists from enthusiasts just beginning in the sport to seasoned professionals. They are best known for the identification, development, and selection of cyclists to represent the United States in international competition, but also support amateur bike racing through grassroots development programs and the provision of critical infrastructure to run organized racing.

Built and released the next generation of USA Cycling's iOS app for the support of USAC's mission to support the sport of bicycling through the licensing, promotion and support of racing events domestically and worldwide, using the Swift programming language. 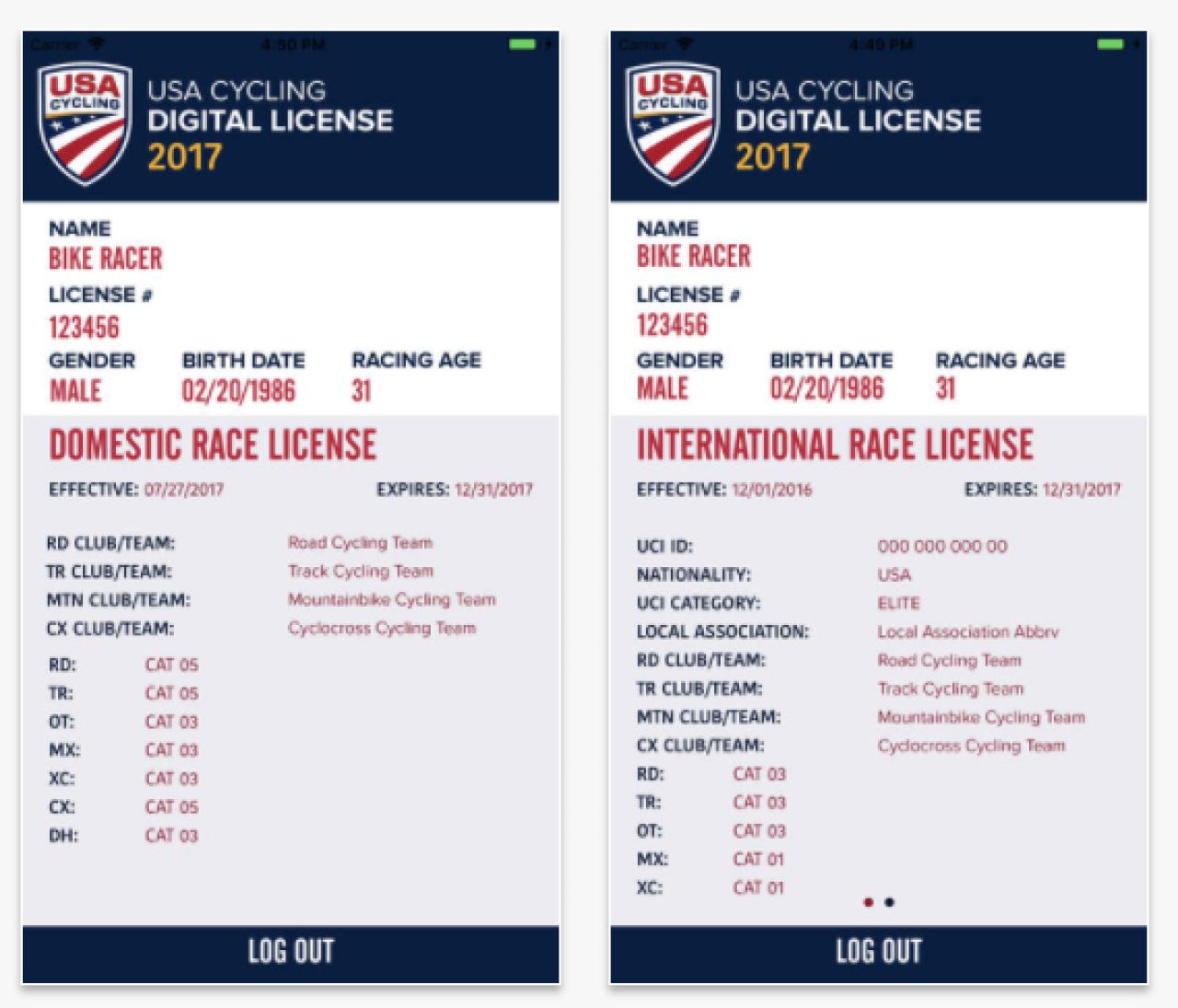 Focus on the Family

Focus on the Family is a global Christian ministry dedicated to helping families thrive. They provide help and resources for couples and parents. 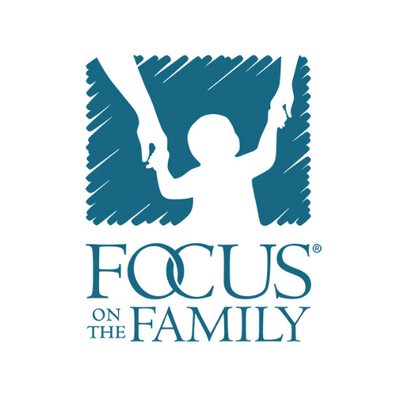 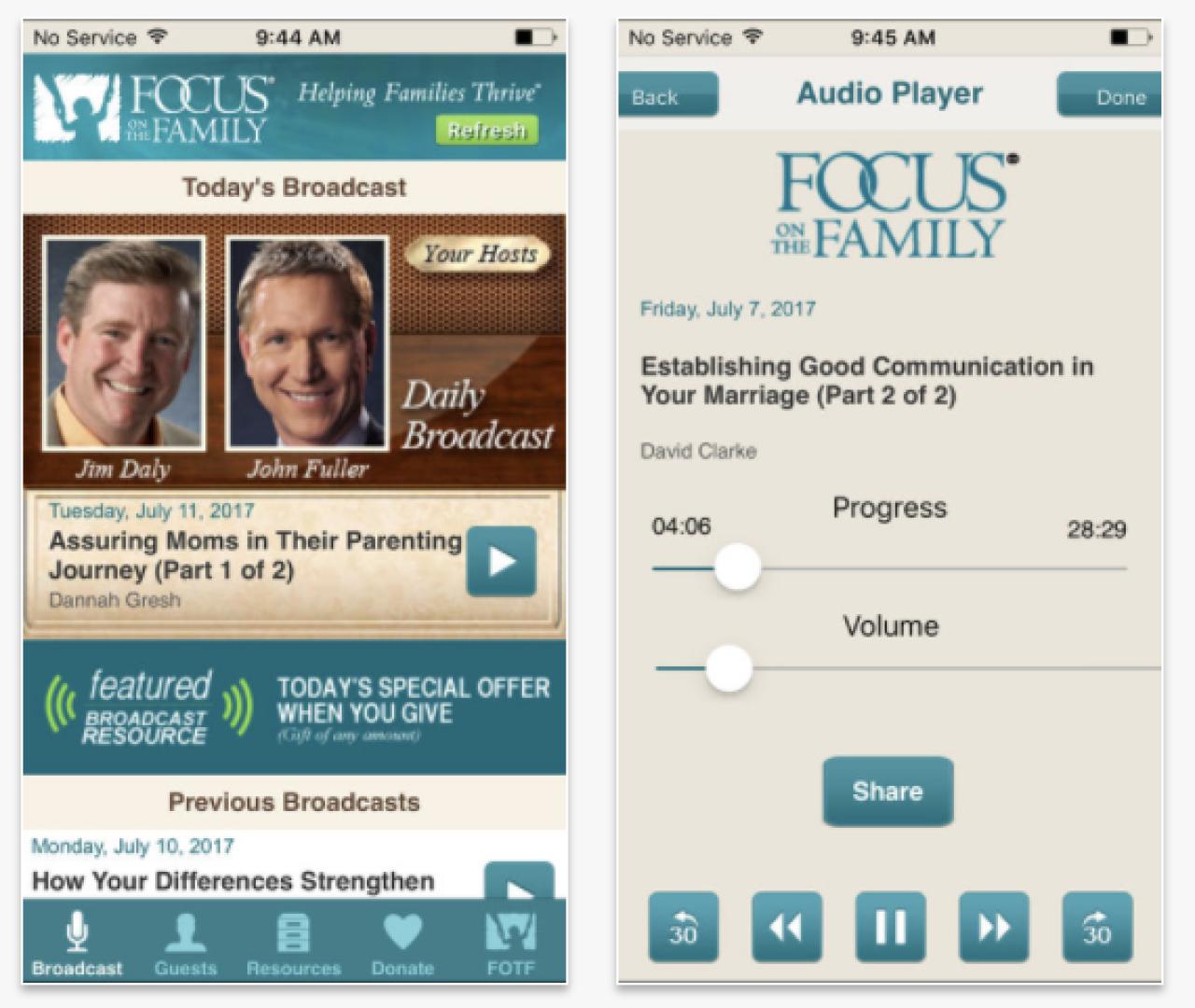 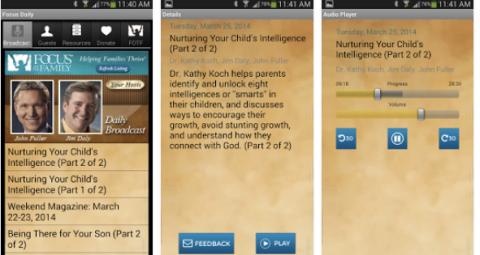 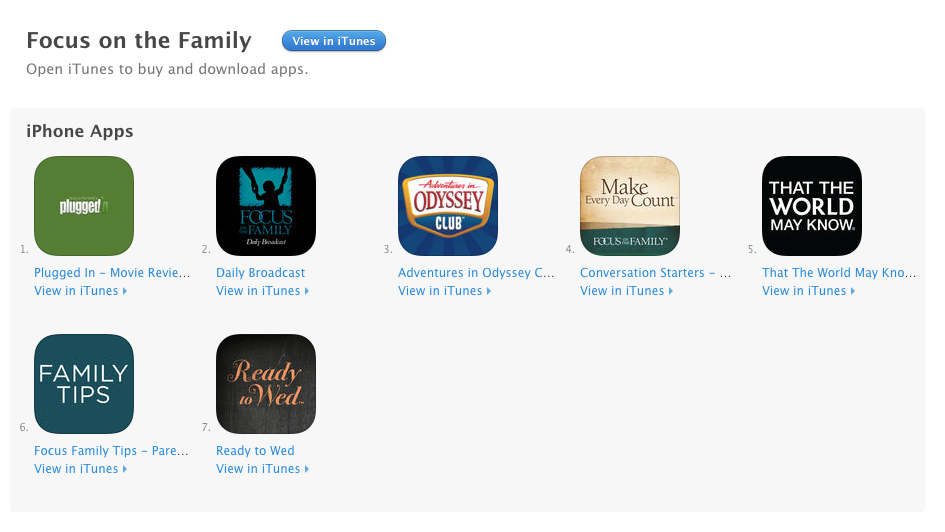 Unplugged Systems is a mobile solution development firm. It was founded in 2000 by Brian Elliott and its first product was MLS Unplugged for wireless access of MLS data.

Develop a mobile app to track users including their times and statistics as they climb up the side of a mountain called the Manitou Incline in Colorado Springs, CO. 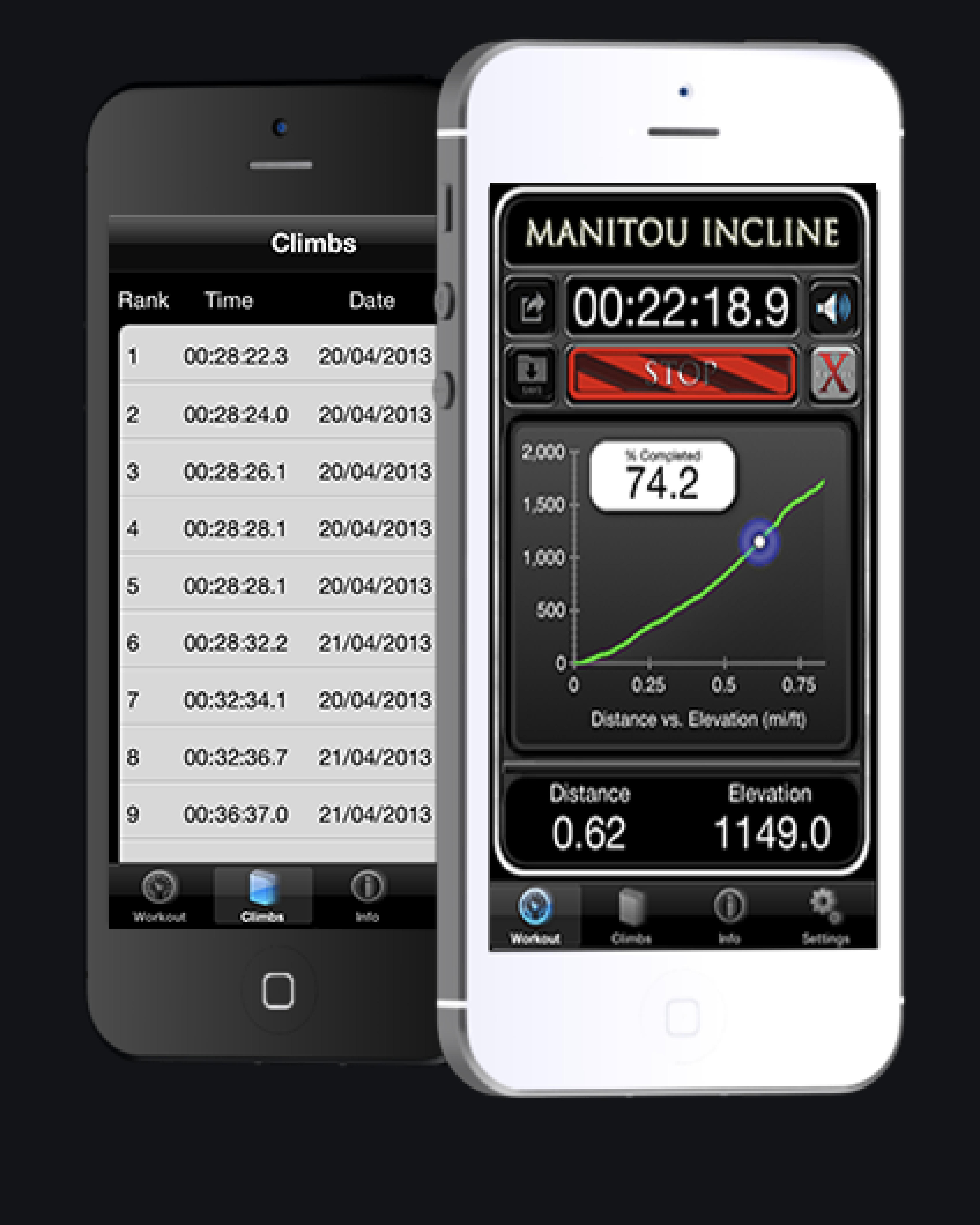